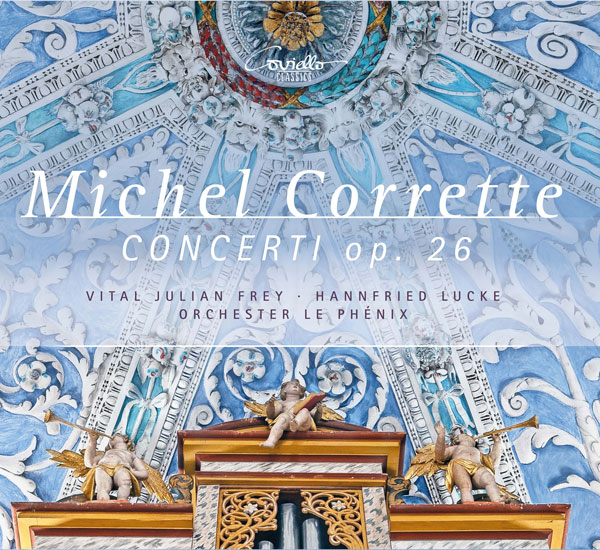 Michel Corrette belongs to that not so rare species of 18th century composers whose diligence was at times their undoing. He was so prolific that he was dismissed by some in posterity as a superficial prolific writer, a fate he shared with Vivaldi, for example. In his time, Corrette was simply a keyboard whiz: in Paris, he held various organist posts, among others in the service of the Jesuits, composed sacred and secular vocal and instrumental music, and directed a music school. As a result, we owe him a series of outstanding school works for various instruments. His musical passion, however, was for the queen of instruments: With his works, he was able to elicit a playful lightness from the organ, which is otherwise associated with powerful sounds, like hardly anyone else. In their new recording, Hannfried Lucke and the Orchestra le phénix present the concertante character with virtuoso brilliance.