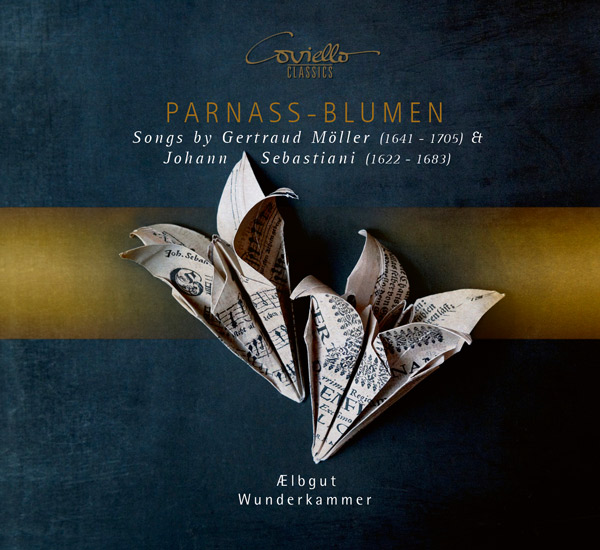 The “promotion of the worship of God and German loyalty, cultivation and improvement of the German language and poetry” was the goal of the so-called Pegnitz-Schäfer, formulated in baroque floweriness. The poets’ association, based in Nuremberg and named after the river Pegnitz there, was progressive in one respect, however: women could also become members. Gertraud Möller was the best known of them in her time, and was even crowned “poeta laureata” in 1671. The poet, who came from Königsberg, took the opportunity to compile an extensive collection of her works, which were printed under the title Parnaß-Blumen. A large part of this magnificent collection of poems was set to music by Möller’s composer friend from Königsberg, Johann Sebastiani, just as magnificently for singing voices with instrumental accompaniment. Alternating between touching love and mourning songs and pointed caricatures, Wunderkammer and Aelbgut’s selection presents the plump baroque reality of life with haunting intensity.