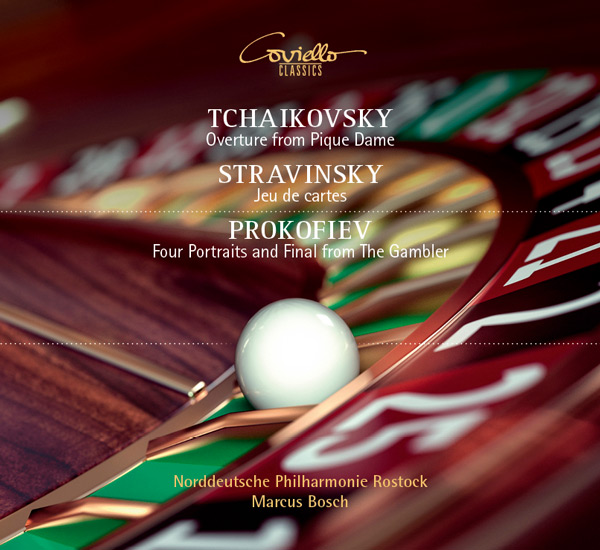 The promise of fortune and the danger of doom are seldom so close together as in gambling. In the 19th and early 20th centuries, the fascination with challenging fate with cards, dice or other gambling devices influenced by chance was particularly widespread. Russians were apparently particularly receptive to the dangerous charms: Alexander Pushkin’s story “Queen of Spades” or Fyodor Dostoyevsky’s novel “The Gambler” bear witness to this as literary traces; with Peter Tchaikovsky and Sergei Prokofiev, two prominent compatriots were inspired to compose. Igor Stravinsky’s “Jeu de cartes” completes the playful compendium, which at the same time offers a fascinating view of the stylistic development from high romanticism to the special Russian style of modernism. Marcus Bosch and the Norddeutsche Philharmonie present all of this with sparkling brilliance – and, of course, with much joy in playing.