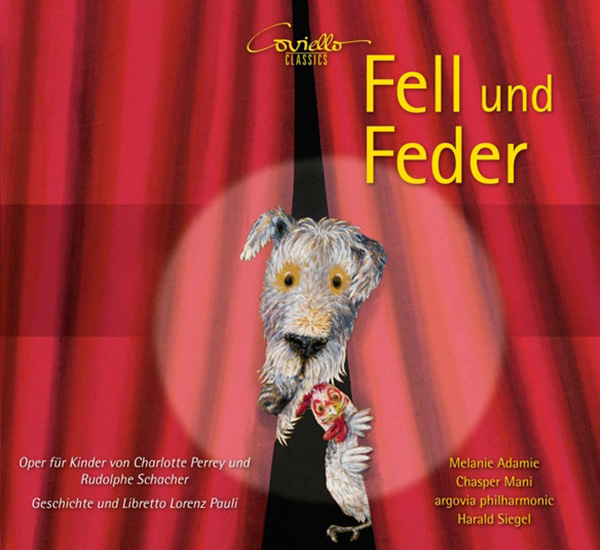 A chicken breaks out of its enclosure, as it promises a lot of adventure. It wants to find a treasure, gold, gems and earthworms! A dog is also outgrown because he thought he would be missed. But no one is looking for him, and he feels completely alone. Behind a bush hides the chicken and turns out to be a wish bush, the dog wants a friend, big and strong. And clever. When only the chicken emerges from the bush, the dog is obviously disappointed. The chicken promises him to help find his boyfriend so they can find the pirate treasure in a threesome. In search of fulfilling their wishes, the two realize more and more that the greatest happiness lies in their friendship. Charlotte Perrey and Rudolphe Schacher have set the lovely story of Lorenz Pauli to music for large orchestra, soprano and tenor – the argovia philharmonic launches a new series for young listeners from the age of three.

You may also like these titles from the Edition Coviello Bambini: