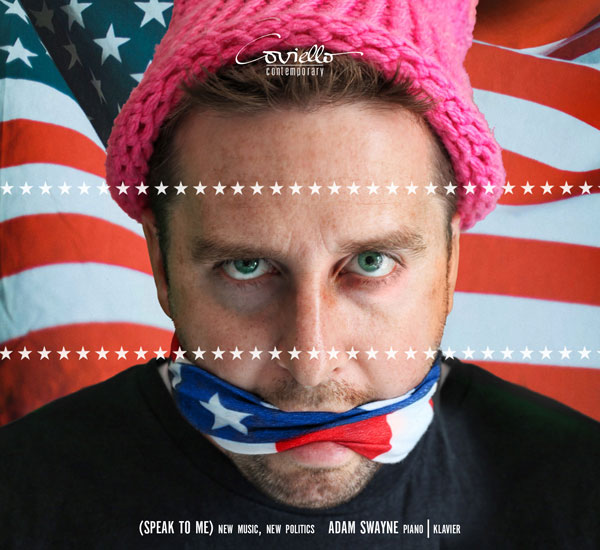 Frederic Rzewski’s 1979 work for solo piano North American Ballads provides a major cornerstone for pianists wishing to express concerns for social justice on the concert stage. Rzewski based his ballads on traditional American work and protest songs, and he drew upon the example of folk musician and activist Pete Seeger in the construction and dissemination of this music. More recently composers have asked performers and audience to enter even further into the political act. In her 2010 work (speak to me) Amy Beth Kirsten asks the pianist to act as narrator through extensive vocalisations followed by censorship. In The People Protesting Drum Out Bigly Covfefe, Kevin Malone instructs the pianist to encourage the audience to join in chants from anti-Trump rallies. These chants make up all the musical material in this composition, which was commissioned in 2017 by Adam Swayne. On the album, live demonstrations captured at rallies in the UK and the US take the place of the audience participation, providing a lasting testament to the circumstances surrounding this piece’s creation. The role of popular music is fundamental to these expressions of solidarity, and populist miniatures by Gershwin and Morton Gould bookend this recital programme. This cross-pollination across a spectrum of musical genres suggests new possibilities for musicians and activists and brings a genuine voice of the people into the concert hall.

You may also like these titles from the Edition Coviello Contemporary: