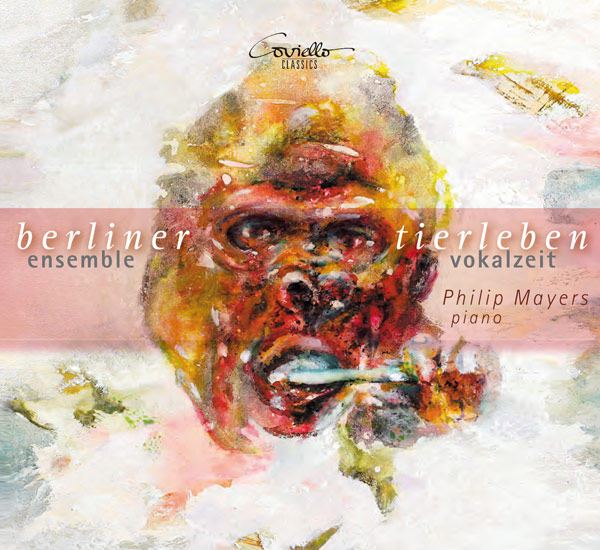 Music and zoology have more in common than it would seem at first sight. On this CD the Berliner Tierleben (Berlin Animals) is understood as a literary and musical phenomenon. It’s about an elephant which feels discriminated because the mosquito, the proverbial adversary, has a trunk that can sting; it’s about the etymology of an earthworm, the pathetic short flight of flies and the existential profoundness of worms and maggots. There is also a whole operetta in three minutes – of course The Bat …The arrangers of the amusing verbal and music acrobatics command the rich spectrum of emotions between meaningful and humorous. And so do the four singing gentlemen of the Ensemble Vokalzeit and the pianist Philip Mayers who have captured the abundant animal life in Berlin on their new CD.