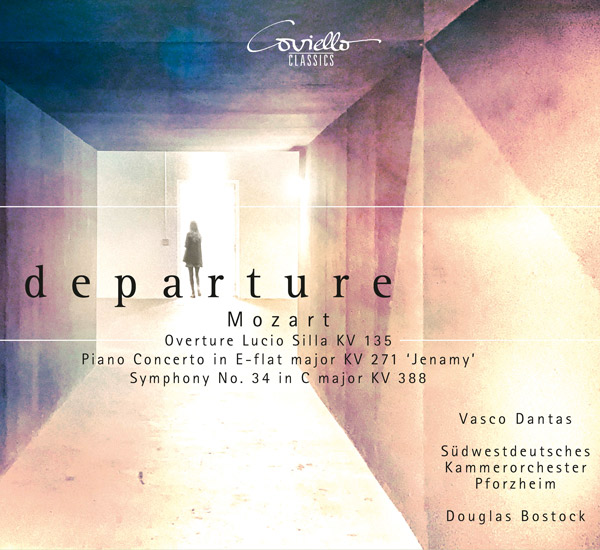 A sense of departure – the often-used catchword stands here not only in a figurative sense, but also for three different life situations of the young Wolfgang Amadeus Mozart, in which he left his not necessarily beloved hometown of Salzburg and set out for new shores elsewhere. In 1772, at the age of only 16, he travelled to Milan to conduct the rehearsals for the premiere of his new opera – Lucio Silla achieved a new quality of character drawing and set the trend for Mozart’s further operatic work. A few years later he revolutionised the genre of the piano concerto with the “Jenamy” concerto, the last to be composed in Salzburg. Shortly afterwards, Mozart set off on another great journey. The innovations in the interplay between soloist and orchestra laid the foundation for his later successes with the Viennese piano concertos. Finally, the Symphony K. 338 was composed shortly before Mozart left Salzburg for good; musically, it too lays the foundations for the successful Viennese years that followed.