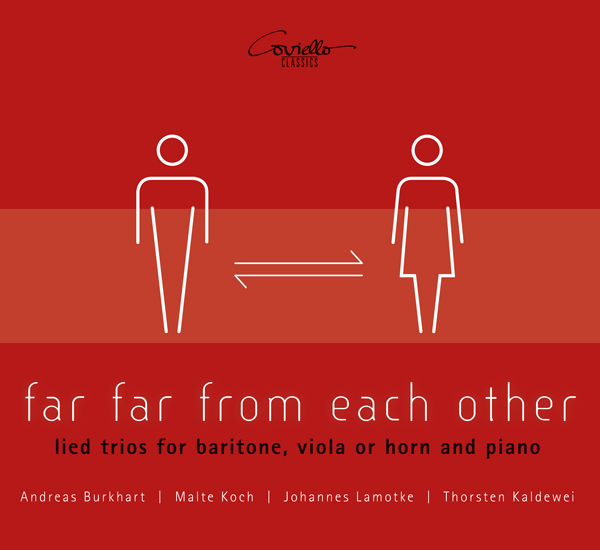 far far from each other
lied trios for baritone, viola or horn and piano

They offer such interesting blends of timbre that one wonders why they have become so rare on concert stages in the meantime: Songs that are accompanied not only by the piano but also by another instrument. In order not to compete too much with solo singing, instruments in the middle voice ranges lend themselves to these trio songs, such as viola or horn in our production. In the first half of the nineteenth century, the genre was so popular that even composer celebrities such as Franz Schubert and Johannes Brahms made individual contributions; but many were also penned by little-known or even unknown colleagues, among whom there are many a hidden gem to be discovered. The male quartet Burkhart / Koch / Lamotke / Kaldewei brings works by František Škroup, Wilhelm Kleinecke and Heinrich Proch to the recording medium for the first time and ensures a real enrichment of the repertoire.