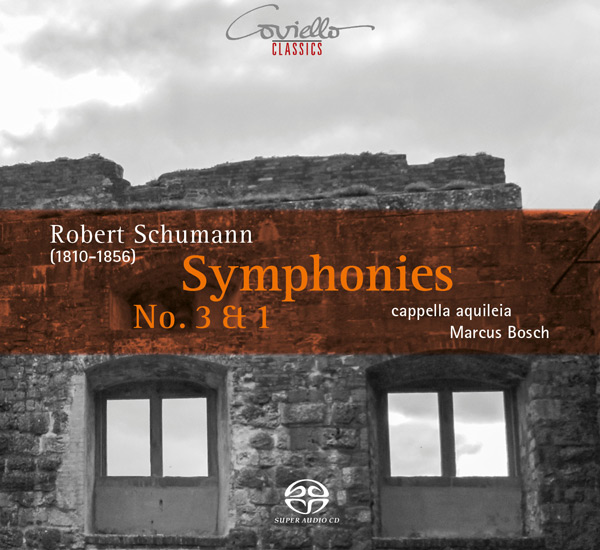 Robert Schumann wrote his first symphony according to his own words “in that springtime urge which carries people away into old age and overtakes them anew every year. – The famous quotation aptly describes Schumann’s emotional exuberance of that time, which probably did not only overtake him in spring: in his early thirties, after eternal quarrels with the father of the bride, he had finally managed to marry Clara Wieck, and this private happiness triggered a true creative frenzy, in which he finally dared to take up the “supreme discipline” of composing, the symphony. The basic gesture of the energetically advancing rhythm runs through almost the entire work, so that the association with spring seems plausible. At the time the Third Symphony was written, Schumann was once again in new life circumstances after moving to Düsseldorf, which earned the work the nickname “Rheinische”. Marcus Bosch and the Cappella Aquileia present two core pieces of the symphonic repertoire in fresh new interpretations.