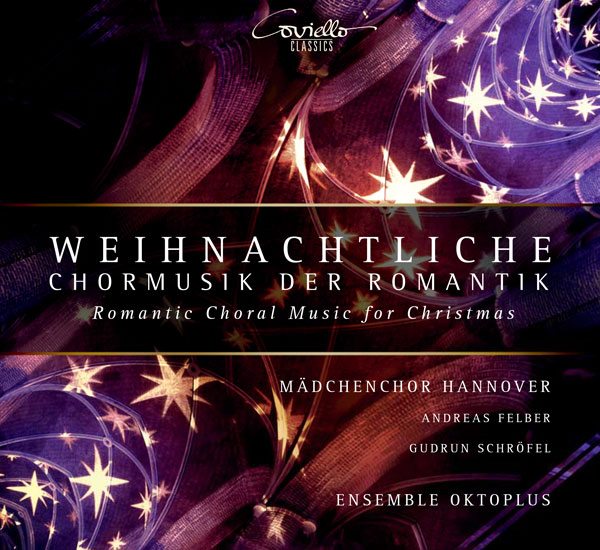 German-French choral romanticism
Once again, the well-known master arranger Andreas N. Tarkmann and the Mädchenchor Hannover will provide a beautiful Christmas present in proven cooperation: Romantic Christmas works by Peter Cornelius, Engelbert Humperdinck and Max Reger will be juxtaposed with those of the French Adolphe Adam, Charles Gounod and Camille Saint-Saëns from a similar period. The award-winning choir is able to present all its tonal richness and refinement, sometimes conducted by its long-standing conductor Gudrun Schröfel, sometimes by her successor Andreas Felber. Another source of inspiration for Arrangers Tarkmann was the Ensemble Oktoplus, with whom he worked several times and for whom he wrote the instrumental part. At its core it consists of eight musicians who expand their line-up as needed, but orientate themselves on Schubert’s famous octet D 803. Orchestral colourfulness in a relatively small instrumentation is the tonal result and thus a perfect support for the differentiated choir.