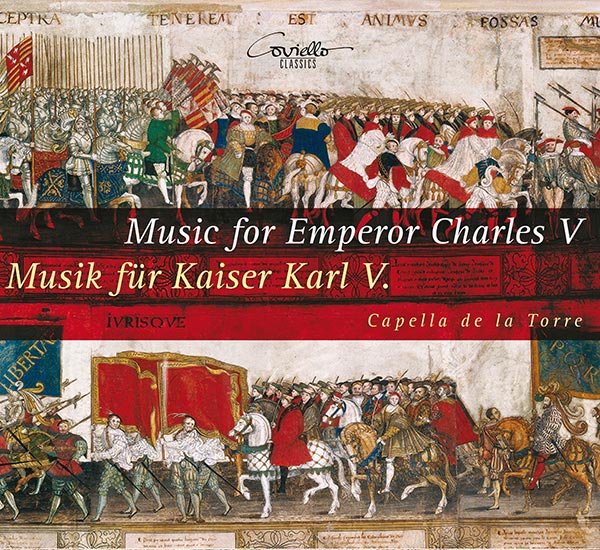 Music played an important role in the life of Kaiser Karl V. (1500-1558)- his court orchestra was considered to be one of the best of its time. Karl ruled an almost worldwide realm from Spain, including colonies in America, as well as the culturally important Flanders. The emphasis of this recording is on ceremonial wind music, which was popular, particularly in Spain, at spiritual and secular events alike. However, the programme also describes the Kaiser’s biography. From the Flemish music of his youth to an anonymous requiem from the year of his death, fifty exciting years of music history are studied. The Cappella de la Torre provides a colourful interpretation of the music of Spain’s golden years on their unusual sounding double reed instruments.

“The quality is extraordinarily high … without a doubt, comparable tothat of Jordi Savall‘s ensemble.“
(Claus Fischer in: NDR Kultur, 25.7.2007)

“The ensemble‘s sound is consistently unique and extremely individual… an interesting portrait of an exciting epoch.“
(Christiane Bayer in: klassik.com 12.5.2007)

“It is all performed with extreme energy, technical brilliance, and utter musicality.“
(Toccata 5/2008)