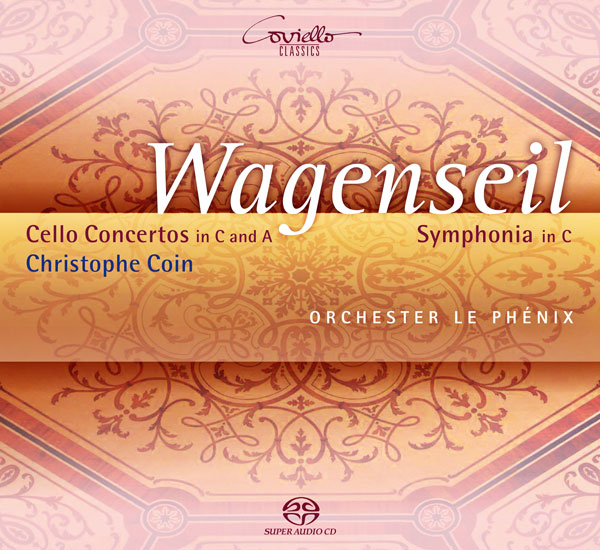 Even though the five-year-old Mozart stated unequivocally that Mr. Wagenseil knew a great deal about music, it was not allowed to spread its influence in concert life to any significant extent – like many members of his generation, after Bach and Handel, he still suffers today from being pigeonholed with the unfortunate term “pre-classical”; as if the music of this period shortly after the middle of the 18th century was only an unfinished preliminary stage to the actual classical period. That Wagenseil’s early classical music has its own musical qualities soon becomes clear on listening: Christophe Coin, a recognized specialist in tracking down hidden repertoire pearls, shows with two cello concertos not only his own interpretational qualities but also the class of the composer, as does the orchestra le phénix that accompanies him congenially, that additionally underpins Wagenseil’s status as a worthwhile discovery with a symphony.

“Christophe Coin and Le Phénix present the cello concertos of Georg Christoph Wagenseil in an exemplary recording. […] Clarity, brilliance in the low register and a fine sense of space all serve the recording excellently.”
(Dr. Jürgen Schaarwächter in: klassik.com 5.3.2016)