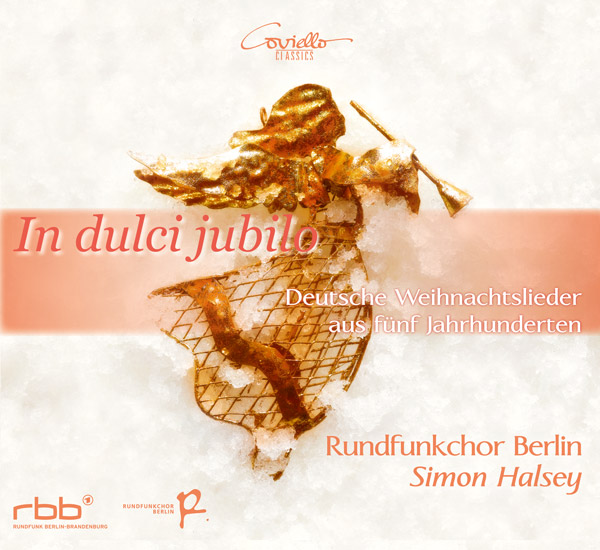 Christmas carols are a rather “young” invention: it was not until around 1335 that the first Christmas song was ever mentioned with In dulci jubilo. From the Reformation to the 19th century, the Rundfunkchor Berlin spans the bow on its CD, and it becomes clear how the contemplation of Christmas changes in the course of epochs. Simon Halsey’s rather straightforward interpretation is so refreshing for us because she is ridding herself of all the overloaded symbolism and kitsch of the past 200 years and putting devotion at the center of it all.

“The Rundfunkchor Berlin passes the test once again thanks to its homogeneity and richness of sound.”
(Concerti 12/2012)

“This new recording captivates with its immaculate sound and deserves to be heard on this account.”
(Dr. Christiane Bayer in: klassik.com, 11.12.2013)