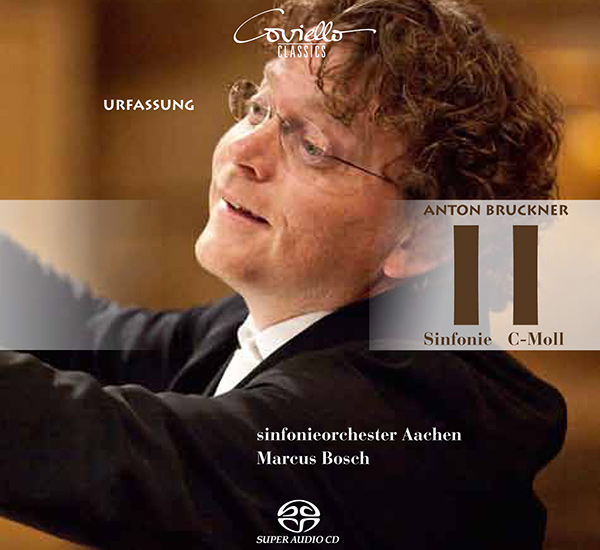 Anton Bruckner’s Second Symphony did not have an easy time of it – in 1872 conductor Otto Dessoff described it as “unplayable nonsense” after only one rehearsal and refused to play the work with the Vienna Symphony Orchestra. One year later Bruckner engaged the orchestra at his own expense to allow the premiere of the symphony to take place. The critics also reacted negatively for the most part, and the Second Symphony was overshadowed by its more familiar siblings for decades. Nowadays it is undisputed that Bruckner set a decisive course for his later works with this symphony. The opening with its high string tremolos, the rhythmically incisive Scherzo, and the combination of chorale and march themes in the Finale are but a few characteristic elements that make the work especially multifaceted. Marcus Bosch and the sinfonieorchster Aachen add another important installment in their internationally acclaimed Bruckner cycle and, as always, they elicit fresh nuances from the score beyond the usual emotional clichés.

“… the qualities of streamlined sound and extreme transparency are combined with the pulse and expressive sweep of true musicianship … – an exciting listening experience.”
(Johannes Saltzwedel in: Kulturspiegel 12/2010)