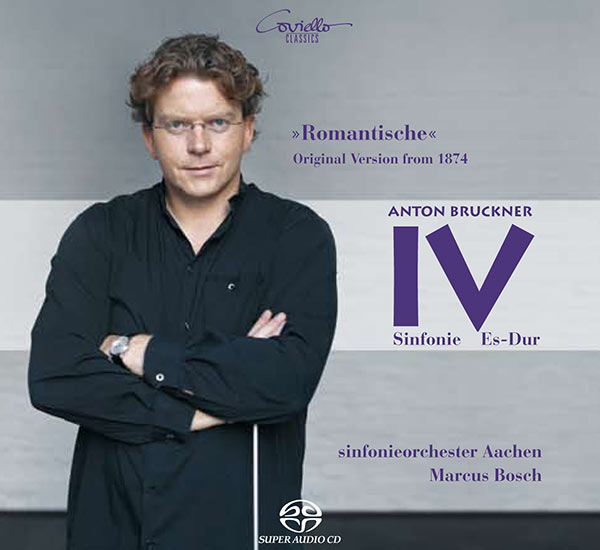 Bruckner himself gave his Fourth Symphony the nickname “Romantic”. Emblematic for this is the central role of the horn, which the composer gave to the instrument in this work. As the “romantic” instrument par excellence, it is in this epoch for nature yearning, wanderlust, but also farewell. Marcus Bosch and the Aachen Symphony Orchestra continue the extremely successful series of their Bruckner recordings with their most popular and catchy symphony. However, we can not hear the revised version, which is almost exclusively used today, but the original version of 1874. Rugged breaks, sudden general pauses, and the “organism” in Bruckner’s orchestral style – all of these characteristic peculiarities of the work are much more clearly expressed and made in this original version Recording on an interesting alternative.

“… a fresh, porous Bruckner, as it were. The recording is another stretch of the independent Bruckner path that Marcus Bosch and his Aachen orchestra have self-confidently and resolutely taken, far from the major centers.“
(Symphony No. 4 – Musik & Theater 5/2009)

This website uses cookies to improve your experience while you navigate through the website. Out of these, the cookies that are categorized as necessary are stored on your browser as they are essential for the working of basic functionalities of the website. We also use third-party cookies that help us analyze and understand how you use this website. These cookies will be stored in your browser only with your consent. You also have the option to opt-out of these cookies. But opting out of some of these cookies may affect your browsing experience.
Necessary Always Enabled

Any cookies that may not be particularly necessary for the website to function and is used specifically to collect user personal data via analytics, ads, other embedded contents are termed as non-necessary cookies. It is mandatory to procure user consent prior to running these cookies on your website.